Kemono Friends is a Drawpile fan community for drawing and talking about Kemono Friends (also known as KemoFure) multimedia Japanese franchise created by Mine Yoshizaki, that focuses on the adventures of anthropomorphized animal girls known simply as Friends.

It began as a 2015 mobile game but has expanded into a manga, stage play and wildly successful 2017 anime with multiple new projects planned for the future. While it is a relatively new IP, the franchise has succeeded in making a name for itself on its path to becoming a "series that will last 100 years". The universe of Kemono Friends, contrary to its innocent appearance, is expansive and complex. It boasts a cast of over 400 characters as well as an intricate and puzzling backstory. What's more, much of the series's media has never seen an official release outside of its native Japan. 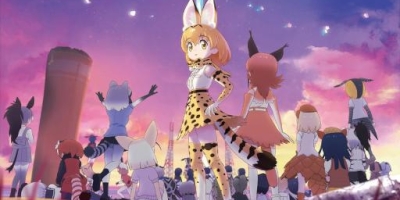 This server is open to unregistered users.

You can use drawpile.net accounts on this server and you must be a member of this group.

You can see these sessions directly inside Drawpile by adding this list server.
Simply enter drawpile.kemo.jp in the Join dialog and click the Add button.
Alternatively, you can add it via the List Servers tab of the Preferences dialog by copy pasting this URL: https://drawpile.kemo.jp/listing/